Animated Message iPhone with Honey Dee. I Miss My Soldier. 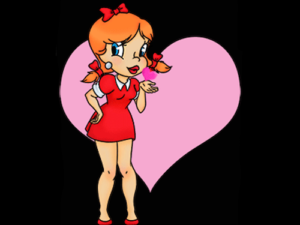 CARTOON SHIRTS AND OTHER CARTOON PRODUCTS 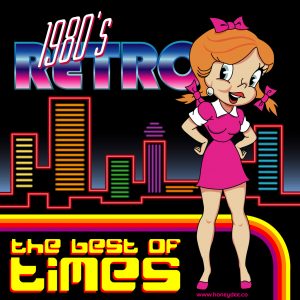 Game APPS for i Phone free download. Honey Dee is your host for these free retro game APPPS available at the APP store. These trivia APPS have cool questions along with some retro game music. 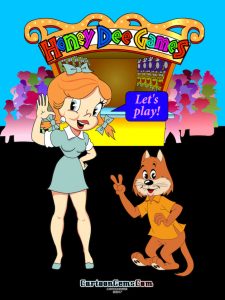 What was the first video ever seen on MTV?

The answer is right here in this trivia game. 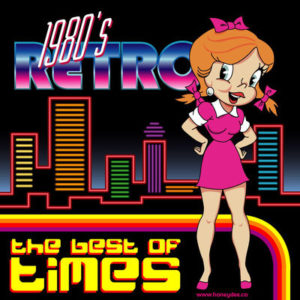 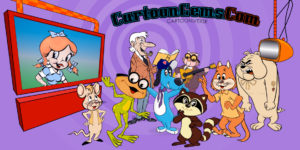 1980s Games were awesome! What was it about these video games that were so great? In my opinion it was a combination of the sound effects, the animation and the idea of the game. Pac-Man, Asteroids just to name a few were classic good character against enemy character. Your running trying to survive and you love the intensity of the game. I must admit I loved the stress of the 80s games. I think it was healthy to escape for a afternoon into these games. We have built a level of intensity into our games with Honey Dee. She is innocent looking with a mind that is sharp as they come. You have to have a level of advantage over your enemy in games. This makes it utopia for the player. The challenge is usually in the time it takes you to get free or accomplish the goal. Without a timer it is pretty easy to win in any game.

A great game about Texas History and culture. Play this game any where on your iPhone and iPad. 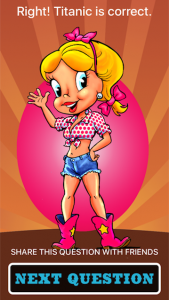 When I was a kid every Saturday morning was filled with family friendly cartoons, such as, Looney Tunes, Bugs Bunny, Daffy Duck and Porky the Pig.  Who knew “That’s all Folks” would literally mean that buy 2017 there would be no more of the Saturday morning filled, G rated, friendly cartoon character images!  My favorite was always Felix The Cat and Casper , my son loved Tom and Jerry. “The Adventures Of Professor Beetoven” which aired in 1985 on HBO.  By now hundreds of cartoon images that you had forgotten about existed are probably running through your mind.  There is one way we can bring these images back and it is through game apps, trivia game apps, texting, and so on.

In a trivia game app nowadays its’ very cool to see these retro looking cartoon characters that are named Honey Dee the All-American girl, Bandee the cartoon raccoon, Katnap the cat that bright orange cat.These types of characters were very popular Wayback win in the 1940s, 50s, 60s, 70s and 80s they have an innocent look thats comical and most people just laugh when they look at that facial expression they have. Cartoon characters in a trivia game app how does that work? Well there in the background scenes there in the animation at the beginning of the game. It’s a new change to trivia games with some of the boring screens and not so vividly colored backgrounds that appear on the game. This is a bright colorful game with retro looking cartoon characters that  entertain children and adults as well.

Ipad trivia games free at Honey Dee Games are innocent and fun for and adults.. Classic looking cartoon characters guide you through the game. These cartoon characters are innocent and funny with there facial expressions .What’s innovative about these game apps is that you can play them on a iPad. Who would ever think that you would be playing games with other people around the world with retro style looking characters.The technology world has changed and it’s constantly changing more . Free game apps are designed for players to download the game on their i Phone ,i Pad and then engage other players or just play single play. The intensity of these games is because you have to answer questions in 20 seconds and a bonus round is 10 seconds long. The super bonus round is seven seconds long. This type of challenge is fun for some players and stressful for other players. It’s a friendly environment because of the cartoon characters and their unique look that is classic there is no violence in these games there is only fun and excitement.

Are more people trading their bad habits for a new addiction? Free Game Apps mostly played on the ever so popular iPhone, can be mentally stimulating.  Not sure that it’s the cure for a boring day but it might be a great choice for anxiety and overeating.  So look out, Weight Watchers and look out SSRI’s because along comes a new dopamine releasing product called Trivia apps.   If you don’t believe me, try playing one next time you’re sitting in the doctor’s office waiting room for an hour, and see if it takes your mind to a different and better place.  Or instead of being a couch potato and vegging, watching the same show on TV or Netflix over and over, try something that will stimulate your brain and increase your knowledge instead of wasting brain activity and overeating.

When you redirect your attention to games or apps with bright colors and retro cartoon characters that remind you of your childhood you may become more relaxed allowing your anxiety levels to lower.

I dare you to give a try next time you are waiting in the doctor’s office, airport, or waiting for your wife to get dressed for date night.

Trivia apps on our i phone we play are mentally stimulating. Exciting games with bright colors and cool retro cartoon characters and some very cool appropriate music that is a fit for the trivia game. Games have changed so much that we get addicted to them because it’s like the old video games of the 70s and early 80s . Games like space Invaders ,Asteroids ,PAC-MAN these games are so addictive because we really had never seen anything like it before . It’s the same thing with iPhone trivia apps that are new to us especially the fact that we can play somebody on our phone that we don’t even know. A random player across the world from places like New Zealand ,Australia ,Sweden ,Germany and other places around the world were there is cellphones. The perception of somebody playing let’s say in South America or Mexico or even Canada of a trivia app game could be totally different from somebody’s perception in North America specifically let’s say in California,Texas,New York.

The international language of trivia apps in my opinion has not really been figured out. There’s some type of love connection with these games and the mental stimulation that we get from them is exciting.

Trivia Games have changed so much that the industry created the rating M for Mature.  PG ratings are the R rating of the 70’s and 80’s.  And don’t forget that even today’s G rated movies have adult humor and adult tone thrown in.

Gone are the games like Space Invaders, Asteroids, PAC-MAN, and Tetris. They have been replaced with blood, violence, and gore of Call of Duty and our children are becoming desensitized to violence.

However, I think I have stumbled onto a newer version of Iphone apps called trivia apps.  Maybe they’ve been around awhile and I’m slow to catch up, but they definitely make me feel smarter and are more fun to play.  Especially, when I can prove I’m smarter, I mean, play my Iphone in Texas against my brother and his Iphone in Florida.

Others choose to play random players from across the world. Places like Cananda,Mexico, Japan, New Zealand, Australia, Sweden, and Germany practically anywhere there are cellphones. Nonetheless, the play of somebody in South America, Mexico or even Canada maybe different from the play in the United States, but, the international language of trivia apps is sort of like a love connection of knowledge. 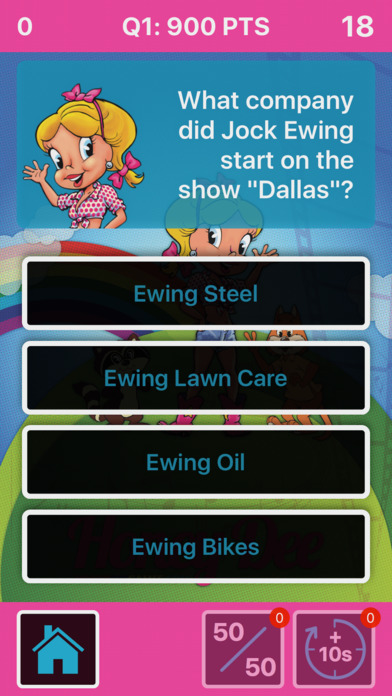 Honey Dee is the host in our newest trivia game called Texas Triva available at the APP store. Check out our designs at our online shirt store. Cartoon chirts.These high quality shirts are available at our store.