Texas Trivia
Texas Trivia and 1980s Retro are two games that are available at the Apple store. They were designed by a Texas veteran who has no formal training. His only training is from the early 1980s being in his father’s office in Addison, Texas, listening to Joe Oriolo and Jim Rumpf talk about how cartoons can teach people, especially children, the quality of life. The mind of James Rumpf II created these two games, and they are available as free trivia game apps. They test your knowledge of subjects like Texas businesses, Texas sports, and music bands… anything associated with the great state of Texas. The 1980s retro game was designed basically about the music scene and the pop culture of the great 1980s, one hit wonders of the 1980s, and everything associated with the 1980s that’s cool and retro. These two games, which can be downloaded for free on iPad, iPhone, and iPod, were built in Denton Texas by a software company called Shepherd Dog. James Rumpf designed them and gave the plans to the software company which designed the games. The games are family focused, and are rated G. They’ve gotten several thousand downloads already. The design is kind of retro and these cartoon characters remind you of characters like Betty Boop, Top Cat, and a few others of those retro classic cartoon type characters. These cartoon characters were created by the legendary animator Geo were yellow and James has been using them and projects since they were in the family of Professor Beethoven a cartoon character from the 1980s and a cartoon called Friends make the girls go round which was a cartoon that aired on HBO in the early 1980s. Unfortunately Joe Oriole passed away in 1985. Joe’s son Don Oriolo, who used to own Felix the cat, was part of this project to in the 1980s being the producer of Professor Beethoven’s friends make the world go round. Competing in the App Store with apps today is highly competitive. One of the things about this game is that it is very limited on animation, but it has a friendly atmosphere that draws people in. The gaming business is so competitive nowadays that games like this are kind of rare. We find it to be a classical retro production in a modern day time of characters that a lot of us grew up watching on Saturday mornings. We hope that you enjoy.

James’s background is very interesting as he once served in the United States Army special operational forces unit- specifically U.S. Army John F. Kennedy Special Warfare Center and School (SWCS).  At the age of 25, James attended the hard core Airborne school in Fort Benning, Georgia. James has an outlook on life that’s probably different from most people’s as he is a deep intelligence analyst, always analyzing almost everything that comes across his eyes. The thing about designing games, as James puts it, it’s just like going back to my childhood and creating something that I’ve seen… something that I’ve seen in my childhood that I just would want to custom make to fit my personality and the personality of my friends. We all grew up on the video games like Astroids, Pac-Man, Centipede, Gallaga, all of these games that we used to play at the local pizza restaurant or hamburger place. These games were basically legendary in the design. Also, games like Donkey Kong are popular. One reason is they are one of the best escapes that you can enjoy while at work, at the airport, the doctor’s office, the car dealership, especially the ones that are G rated. You can put the game on mute while you play it. There have been hundreds of millions of downloads to my knowledge, if not billions of downloads of games because people like to escape. 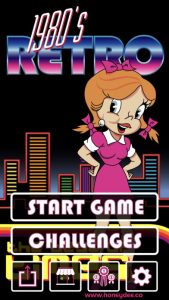 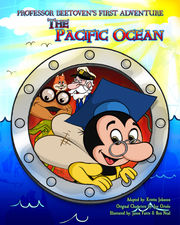